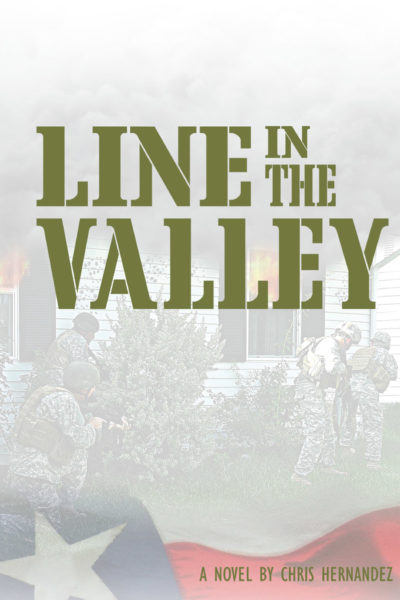 Line in the Valley

The Texas border is under attack. Police are overwhelmed and refugees flee in terror from eight small towns. Sergent Jerry Nunez and his soldiers are ordered to retake one town from an unknown enemy. During the desperate fight, Nunez discovers how inhuman people can truly be, he struggles to carry on despite tragic losses and is forced to peer into the depths of his own brutality. He learns a lesson as painful as it is true: for a warrior, loss of freedom and honor is a worse fate than death. 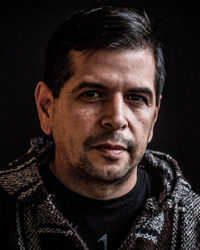 Chris Hernandez is a 23 year police officer, former Marine and retired National Guard soldier with over 25 years of military service. He is a combat veteran of Iraq and Afghanistan and also served 18 months as a United Nations police officer in Kosovo.

He writes for BreachBangClear.com and has published three military fiction novels Proof of Our Resolve, Line in the Valley, and Safe From the War through Tactical16 Publishing.

Chris Hernandez gives us insight into one of our favorite books!