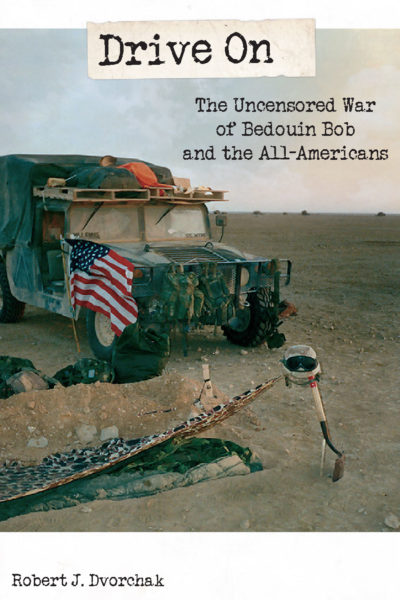 The Uncensored War of Bedouin Bob and the All-Americans

At the foxhole level, war imprints an indelible mark that is invisible to historians who focus on commanders at headquarters directing the sweeping movements of troops. A real, raw and fresh perspective is enclosed in this personal journal of what it’s like to go through a war. Preserved in writing are the experiences and insights of those in all branches of the service who participated, especially those motivated, dedicated volunteers in the Airborne infantry who endured the hardships of the Sand Box, carried with them a cherished reminder of home and leaned on each other to perform their duty with what Hemingway called grace under pressure. Inclusion in such fellowship must be earned, not bestowed, even for those whose mission was to write it down. 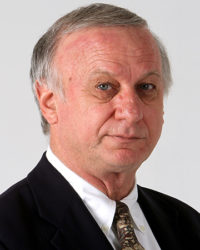 Prior to joining the team at Tactical 16, Robert J. Dvorchak worked as a journalist for nearly 50 years, including eight years as a New York City-based national writer for The Associated Press. In 1990, he was sent to Saudi Arabia to cover the military buildup leading up to Operation Desert Storm and served on a media combat pool assigned to the 82nd Airborne Division during its invasion of Iraq. A U.S. Army veteran who was drafted during the Vietnam Era, he has received numerous writing awards and is an honorary member of Bravo Company, 2nd Battalion, 325th Parachute Infantry Regiment. His father was a Navy veteran in World War II, and his oldest brother was awarded the Distinguished Flying Cross and two Purple Hearts as a member of the Air Cavalry Troop of the 11th Armored Cavalry Regiment in Vietnam.

A 1972 graduate of California (PA) University with a degree in English literature, he has covered such stories as the original outbreak of Legionnaires Disease in Philadelphia, the Three Mile Island nuclear accident, the earthquake in San Francisco that disrupted the 1989 World Series, the Jeffrey Dahmer serial killings, the first World Trade Center bombing, the Oklahoma City bombing, three Super Bowls, two Stanley Cup finals and two World Series.

He has also authored four books, including a Korean War history entitled Battle For Korea and Game Over about the Jerry Sandusky scandal at Penn State.

Born in 1949 in Uniontown, Pa., he was inducted into the inaugural class of the Uniontown Area High School Hall of Fame in 2013. Currently an independent media consultant and public speaker who advocates on behalf of veterans, he has taught several courses at the University of Pittsburgh. A resident of the Pittsburgh suburb of Penn Hills, he is married with two daughters and five granddaughters.