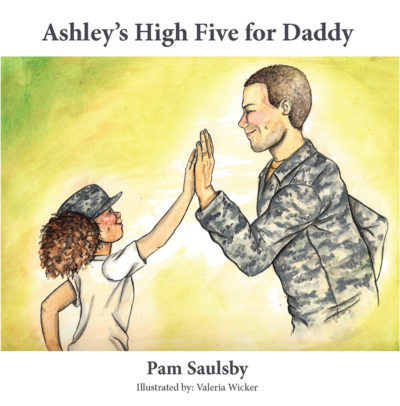 Ashley’s High Five For Daddy is a beautifully illustrated picture book that gently introduces young readers to the process military families experience on the return of their loved one from deployment. The star of the story “Ashley” is a feisty, fun, and adventurous. She adores her dad and is having some trouble understanding why he has returned home a little changed from how she remembers him. Saulsby’s story nicely demonstrates the need for adults to prepare themselves and their children for the possibility that the returning service member may need some space and time as they are reintroduced into the family. 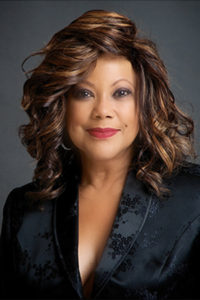 Pam Saulsby is an experienced journalist, word architect, communications strategist, digital storyteller, dynamic speaker, engaging interviewer, and music artist. She is a multimedia relations specialist for the Department of Homeland Security-Federal Emergency Management Agency in Washington, DC. A true master communicator she advocates for veterans and their families as a producer of media content to raise awareness of issues confronting our military community after deployments.

She has been recognized nationally and locally for excellence in Journalism, having received three regional Emmy Awards, and one National Emmy award. She has twice been honored with the Presidential Award for Volunteerism. Pam was named one of the top Women in Business in The Triangle Area. She was recognized by the state of North Carolina and honored with a Woman of the Year Award in Business.

Pam has recorded two albums. Her most recent “Holding It Down” is a collection of tunes that salute the troops. She is donating a portion of the sales of the music album to Fort Bragg Fisher House. It is a home away from home for families whose loved ones are being treated at Womack Army Medical Center at Fort Bragg.

Among her proudest achievements is the publication of her children’s book on PTSD. Pam wrote Ashley’s High Five for Daddy to explain PTSD to younger children. An Army brat herself, she hopes the project can help military families who may be struggling with mental health issues.

She has served as a fundraiser, strategic media advisor and board member for numerous nonprofit organizations over the last two decades. She is a former board member of The Komen-Triangle Race for the Cure. For 3 years Pam worked with community and civic leaders to create the Oak Ranch Project, which is a home community for at-risk boys and girls. She served as an advisor to Family Health Ministries dedicated to maternal and child health in Haiti. Using her instinct, grit, and heart as her GPS, Saulsby’s new career path is fast-paced and in constant motion.

She is considered a thought leader, passionately involved in putting facts in context and exploring the implications of current trends and policies that guide all of our choices and actions. To Saulsby, the old saying is still true: knowledge is power. She lives in Washington, DC.

Pam discusses her book that was created to help families of deployed Veterans when they return home.