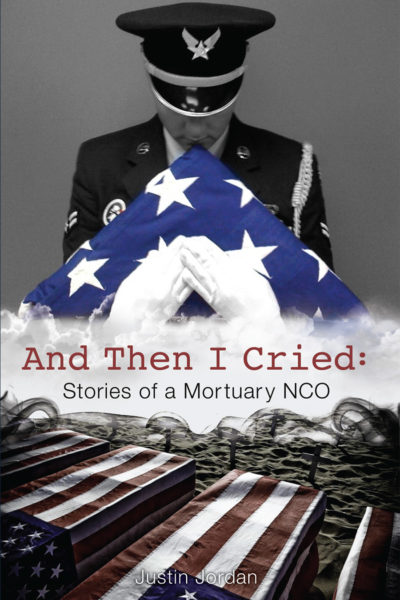 And Then I Cried

Stories of a Mortuary NCO

“And Then I Cried: Stories of a Mortuary NCO” is the first work from Justin Jordan. Jordan details life as an Air Force Mortuary Non-Commissioned Officer. In his stunning debut, Jordan forces the reader to walk beside him on his journey in this gruesome world. Jordan holds nothing back, and shares in graphic detail how he honored America’s heroes, both at deployed locations and stateside. This book will pry your eyes wide open as you gasp from the sheer horror he faced daily, from dealing with the families of the fallen to witnessing the embalming and preparations of the deceased. Jordan also shares how this job taxed his mental well being, as he suffered in silence, longing not to care. Jordan is still serving on Active Duty and suffers from the crippling effects of PTSD, his story will enlighten you, it will touch you, and yes, you will cry. 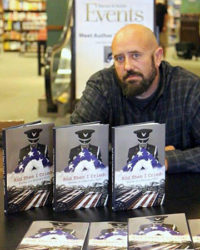 At 19 Justin left Henderson, KY and enlisted in the United States Air Force, during his 20 years of service he held a variety of different jobs, everything from Cook to Combat Readiness Instructor. His most taxing job, however, would be when he was assigned as the Non-Commissioned Officer in Charge, Mortuary Affairs.

In late 2012 Justin decided to share his story in the book, And Then I Cried, Stories of a Mortuary NCO. His hope was that his story could help others struggling with PTSD. He is also an accomplished artist and his works can be seen hanging on the walls of the Pentagon in the Healing Arts Display. In 2013 Justin was Medically Retired from the Air Force with 20 years of service.

After retirement, Justin continued his advocacy and worked with The Air Force Wounded Warrior Program where he managed the Ambassador Program. He was responsible for teaching seriously injured or ill Airman how to tell and share their stories of recovery with audience’s worldwide, during his tenure there he trained over 55 Warriors and briefed over 30,000 Airman ranging from Airman to Four Star General.

Justin now works at Warriors Heart the country’s only dual diagnosis drug and alcohol treatment center that works exclusively with Military, Veterans and First Responders suffering from chemical dependency and psychological injuries such as
PTSD and TBI.

Justin has been featured on CMT’s “I Love Kellie Pickler” and has been a guest on over 200 radio shows nationwide. In 2015, he was awarded the American Solider Networks Hero Service Award for his work helping veterans in need.

Justin has only one wish, if his work inspires you, do something about it, live beyond PTSD, live with purpose and find your voice.